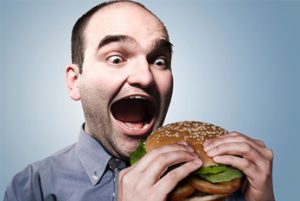 I have been talking to my friends very recently, and they told me they felt that my coaching was too expensive. It is a valid observation, and since I’ve noticed that many people are interested in the business side of my services, I’ve decided to write this piece and tell you what my thoughts are on the subject.

I have learnt quite a lot over the years whilst studying Natural Health, and especially since I launched my business earlier this year. I do not believe that my coaching is overpriced; the main issue here actually is that most people don’t think they have a problem with their diet. They are born with the embedded medical model of health that treats symptoms and ignores the cause of diseases, and more importantly, it ignores the laws of nature.

As Dr. McDougall clearly states, the bulk of the population doesn’t think they have any real control over their future, they don’t think food is important, they don’t realise the profound impact a dietary change will have on their health, and nobody ever tells them otherwise, the industry is not telling the truth, and neither do their doctors, or their dieticians. Nobody is telling them how significantly important the correct diet is.

Four in 10 people will get cancer in the UK (1). Together, heart and circulatory diseases cause more than a quarter of all deaths in the UK (2). The number of people diagnosed with diabetes reaches 3 million in the UK (3). Do you still think you don’t have a problem? Do you think none of this will ever happen to you? Well… you’d better think again.

We are not meant to get sick- we are meant to live a life free of disease and illness until we die. That’s how nature works…Our human bodies are not designed to fall ill. Only less than 2% of all diseases are of hereditary nature. Over 98% of all human diseases are self-inflicted by our food choices and lifestyle. So, it is very likely that you are eating yourself to a life of suffering, disease and premature death.

Of course, we do know where cancer comes from, we are pretty much aware of how diseases affecting the human body come about; but the truth doesn’t fit the interest of the current medical model, the existing food trade and the pharmaceutical industries. And trust me when I say that this is not a conspiracy theory. In fact, the only conspiracy theory here is called medicine- with the exception of some surgical procedures; the rest is largely a fraud in my opinion. I live my life based on the science of biology, and not on the advice and instructions of man-made medicine.

The pic on the left shows Djing at Space Club in Ibiza in 2007 and looking quite unfit, the pic on the right shows me in very good shape in Argentina in 2012 after the raw transformation.

I spent 8 years of my life studying natural health. I said “natural”, did you get that?? I merely studied the principles of nature with regards to human health, so don’t get furious with me just because I go against the establishment. Our system of health and the establishment are ruled by commerce and profit and not by common sense, or the laws of nature- and this is the problem.

Dr Otto Warburg discovered the root cause of cancer in 1923 and he received the Nobel Prize for doing so in 1931. He proved that the underlying cause of cancer is low cellular oxygenation levels, brought about by toxaemia. When we eat cooked food we reduce the availability of oxygen delivered to our cells and increase toxaemia. Why is this information being largely ignored? Simply because preventing cancer is not good for business; this is what it all comes down to.

Healthy people don’t mean profit, whereas sick people do. Eating raw food doesn’t make big money to anybody. The food industry makes their profit by processing food and what it calls: “adding value” to food, which means turning grains into cereal, adding artificial vitamins, turning milk into yogurt and so on… If we obeyed the laws of nature and didn’t get sick as a result, most of the current food industry would collapse. The medical profession would have to be re-trained and start teaching people how to eat and live healthily, instead of using medicine as a form of treatment. The result would be devastating to pharmaceutical industries, they would all go bankrupt.

These changes are not likely to happen during my lifetime. But there will come a time when the economies of countries will face serious hardship due to the burden upon them provoked by health care costs (you can actually see the signs already); governments will then have to impose tough rules on the food industry. Similarly, insurance companies will have to charge large premiums on obese and unhealthy people. These measures among others will finally make people realise how important it is to eat healthily, and how much it costs to keep eating crap.

Eating cooked food, animal products and high fat diets will make you ugly, fat, and most likely give you cancer, as well as hundreds of other diseases. Does it sound like a good deal to you? Well, not to me. You can do something about it; you can read books, learn and inform and educate yourself, but don’t make the mistake of asking Dr. Google! It is a terrible error and a massive waste of time to rely on the internet for learning without proper guidance on where to look and what advice to get.

Many people in the raw food movement go to forums to find answers; this is a very common mistake because people using forums are not tutors, and they are also people looking for answers just like you. Eating the wrong raw food diet and learning wrong habits can be as damaging to your health as eating the Standard American Diet. Pretty much everyone I come across these days, who were trying to learn the raw food diet is doing it the wrong way. My advice is simple: study books or get help!

Think outside the box, question everything and everyone and don’t live your life by somebody else’s dogma. Get out of your own little world because if you are not open to new ideas, one day you will wake up to a rather shocking reality check. Getting cancer, heart disease and hundreds of other illnesses can be easily avoided if you start using a little common sense in your life, instead of wasting your time on this earth obeying other people’s rules and interests.

Get 14 quick and delicious oil-free meals that will tantalize your taste buds while leaving you satisfied and bursting with energy.