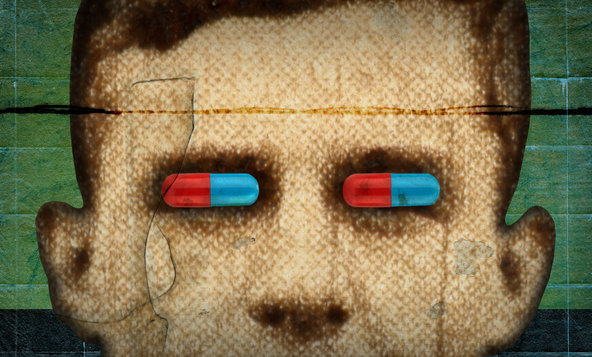 My memories are still as vivid today as if it were yesterday.

I was living in Camden Town in North London, and the year was 2005.

I had been in the music business for just over 20 years – I started as a professional DJ at the age of 15. After travelling the world playing gigs for over two decades, the bustle of my music career was started taking its toll on my health.

Just to give you an idea of my DJ flying schedule at the time. I travelled the world over, visited every continent (except Antarctica) and I played gigs in over 50 countries over a period of 25 years.

But not only that, I had to travel to play gigs in the same country more than once, as you do when you are a DJ.

For instance, I have played in various cities in Switzerland over 20 times. I went to play Spain over 30 times. I DJed in France and the US nearly 10 times each. I played gigs in Germany and Holland 5 times each, I played Israel 3 times, South Africa and Brazil a couple of times… you get the idea.

And if this wasn’t enough… get this: I made the trip from London – Buenos Aires a whopping 60 times. Can you believe that?

Well. I have no one to blame but myself. I was born in Argentina and decided to establish myself in London at the tender age of 23. The distance between London and Argentina alone is 7,291 miles.

By the age of 37, my health literally collapsed. I have developed Arteriosclerosis that affected both of my legs to the point it made standing up very difficult.

But only that, I was suffering from chronic depression for no apparent reason and I was gaining weight.

I had gum problems and widespread joint and back pain, among many other ailments. My life was miserable.

I couldn’t get out of bed in the morning if I didn’t take at least 4 Nurofen tablets. Sometimes I even needed to take 6 tables at 200mg each, just to feel “normal”.

Nurofen is a well-known anti- inflammatory drug sold in the UK that contains Ibuprofen as well as other drugs.

I went to see a private doctor on Harley Street in London to get some advice because I couldn’t wait to see a specialist at the NHS (National Health Service), and he was alarmed by the general state of my health.

When I looked back on my life and at past behaviours, I can easily understand why other performing artists, such as Prince and Michael Jackson, developed addictions to painkillers.

I was terribly saddened when they died as a result. I never met Michael Jackson, but I did meet Prince a few times.

Being in the music industry can become a 24 hour lifestyle if you are not careful.

The most extraordinary aspect of my recovery was the way I did it. I didn’t rely on doctors or medicine to restore my health.

I mean… Just get this: what are the chances of visiting your doctor and telling him or her that you are suffering from an addiction to painkillers, arteriosclerosis, and countless of other ailments and your doctor suggests that you should change your diet?

LOL that is not going to happen in a million years because medicine doesn’t work like that.

Doctors will prescribe deadly drugs that may remove some of your symptoms but will also slowly kill you.

It’s important to understand that symptoms are not the disease. The real solution to my problems, and the problems of so many other people out there, lies in tackling the cause of the disease where the symptoms are only a manifestation.

The cause of disease, in most cases, is diet and lifestyle; of course the medical profession and big pharma would never want to admit this fact, as they would go out of business.

After a few short months of implementing some changes to my diet, as well as adopting some new lifestyle habits, I managed to overcome all my health issues, and not only that (like if that wasn’t enough); I even managed to lose unwanted fat from my body and face, and ended up not only totally disease free, but also looking super fit!

This is what I call a proper recovery.

If I had followed the medical advice and tried to fix my symptoms by taking drugs, today I would probably be still sick, fat, and miserable.

I am not saying that you should never listen to your doctor. In fact, I always listen to doctors, but the action I take may be something completely different than advised.

I believe that taking prescription medicine, just like the option of going to war, should be the very last resort and only if it’s completely necessary and the final option.

I recently got an email from one of my readers asking me if she could ‘trust’ a raw food diet. And I was like ‘trust’? It’s more than that, eating the correct raw vegan diet can save your life – literally.

And not only save your life, but the quality of life you experience afterwards on a raw diet is so much higher that you would probably never want to return eating the wrong foods again.

Changing to a diet of raw foods is not a big deal, and it’s a lot more enjoyable than going under the surgeon’s knife.

You start by adopting a “low fat” vegan diet, while slowly increasing the amount of raw food you eat. That’s all.

Shelton writes: “faulty education is the chief, if not the only cause of all drug addiction”

Check out the real-world-tested recipes in The Raw Dinner Recipes eBook.

Get it right now – for FREE! – by clicking the banner below.