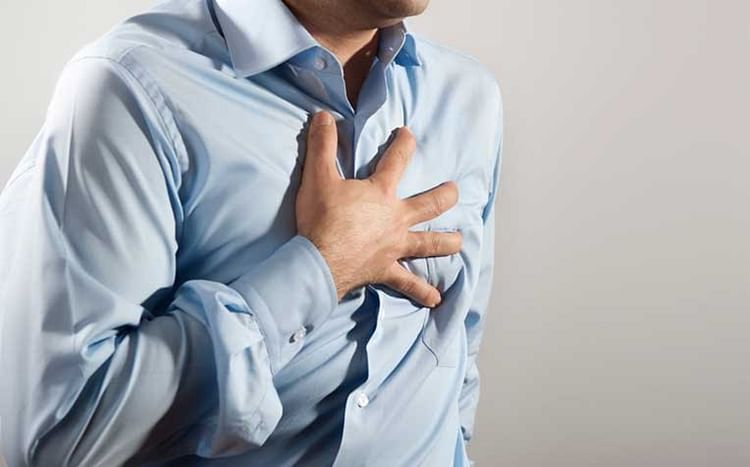 How to Tell If You Have Heart Disease

The statistics on heart disease are shocking.

According to the CDC:

Heart disease kills most people in the wider Western world, and for many, the first symptom they experience is a fatal heart attack.

There is hardly a family in any Western society that does not have a relative or friend who suffered from heart disease.

The truth is that cardiovascular disease happens gradually, starting in the first decade of life.

Clogging, hardening, and inflammation occur one meal at a time.

How do you know if you have heart disease?

Autopsies on Korean War casualties showed that over 77% of the victims examined had advanced heart disease. The average age of the men was 22 years.

Plaque build-up begins many years before current methods can detect it. By then, your arteries may be 75% blocked.

So, if you are over 20 years old and you have NOT consumed most of your calories (over 90%) from whole plant foods your entire life, you have heart disease! That means everyone, basically. You, me, and everyone we know.

How can we prevent the worsening of heart disease?

World War II provided a graphic example of how the ravages of heart disease can be brought to a complete halt.

Norway was one of several Western European nations occupied by Nazi Germany during World War II between 1939 and 1945.

The Germans wiped out all the livestock in these occupied countries, leaving the native population with no choice but to subsist on fruit, vegetables, legumes, and whole grains.

Amazing, isn’t it? Not only that, but with the cessation of hostilities in 1945, when animal products became available again, there was an immediate return to pre-war levels of deaths from these diseases. Unbelievable!

This should serve as a powerful public health lesson about the cause and cure of our most common heart conditions.

How can a raw food diet affect heart disease?

Although studies on raw food diets and their effect on health are scarce – mainly because eating raw food has almost no economic benefit for anyone – the benefits of eating fresh fruit on our heart have been widely documented.

Recent studies from Oxford University in the UK have shown that eating a minimum of 100g of fresh fruit a day (we consume much more than that in a healthy raw food diet) reduces cardiovascular death by a third. [1]

We know that consuming too much salt often leads to high blood pressure, which is a major risk factor for heart disease. Cooked, processed, and packaged foods are responsible for most of the salt people consume.

By consuming more of our daily calories from fresh fruit instead of cooked foods, we ingest far less salt; which reduces not only the risk of heart disease, but also the risk of stroke.