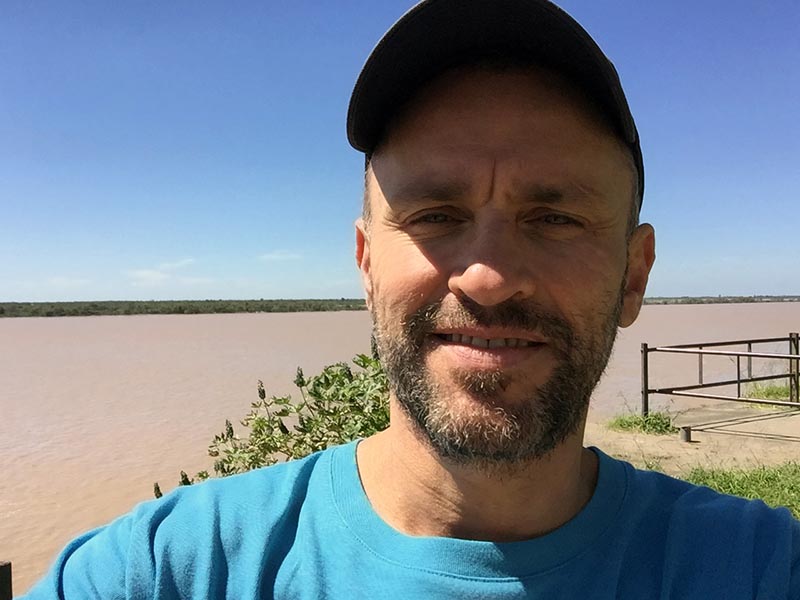 The summer of 2007 was one I will never forget. I flew from London to Ibiza every Saturday night to DJ at a big club, Space, while trying to quit smoking.

I remember being at Gatwick Airport in London waiting for my flight and thinking of having my “last” cigarette, only to arrive in Ibiza a few hours later with a desperate desire to smoke that felt like the weirdest, most painful physical urge I’d ever experienced; one that only nicotine dependent people could understand. You feel dizzy, your head hurts, you’re shaking; all you can think about is smoking.

Upon my arrival to the island, I just had to have a cigarette, and I realized my efforts to quit smoking were once again in vain. It had been over a year going through a similar ordeal and I simply couldn’t quit.

I got hooked on nicotine in my early twenties when I first moved to London. I used to smoke spliffs (marihuana and hashish) and mixed in tobacco to make it less strong. This eventually led to smoking actual cigarettes, which went on for over 15 years, going through a packet a day.

I tried several methods to quit smoking, including nicotine gums, patches, inhalers, and other “nicotine replacement” therapies, which all failed miserably. E-cigarettes didn’t exist then, but they are just part of the same thing.

Knowing what I was going through, a friend suggested that I read a book, Allen Carr’s Easy Way to Stop Smoking. Allen Carr was a British author of many worldwide best selling books about stopping smoking and other psychological dependencies, including alcohol addiction.

I became fascinated by the philosophies employed by Carr, which would later lead me to discovering a science called Natural Hygiene (the original science behind the raw food diet), which would, in time, change my life.

Why do people smoke? To kill the effect created by the last cigarette. It is as simple as that.

The problem is always the drug, NEVER the addict.

“It is not stimulation, but relief from discomfort that is sought when drugs are taken. The discomfort is created by consuming the drugs in the first place.

The search for relief is the essence of drug addiction. There is no craving for poisons; there is only unease, discomfort, and misery which drive the victim to more frequent and larger doses of his favourite poison in his search for relief. When the drug is withdrawn, distressing symptoms follow. These are falsely called withdrawal symptoms.

They are, in sober reality, symptoms of poisoning, and are present all the time. But they are kept repressed by repeated doses of the drug. Such symptoms follow, in varying degrees of severity, a discontinuance of any poison habit—tobacco, alcohol, morphine, heroin, marihuana, coffee, tea, and chocolate.”

When people say, “I like smoking”, in reality they mean they enjoy easing the pain created by the last cigarette. It’s like wearing tight shoes every day specifically to enjoy taking them off when you get home.

Why it is that such a simple concept, addiction, is so misunderstood in today’s world? I’ll tell you why: because it doesn’t make money for big tobacco and pharmaceutical companies. These massive industries lobby and influence politicians to shift public policies to their advantage. That’s why e-cigarettes and other drugs to help people quit smoking are so popular, even though they are almost useless.

Wikipedia cites nicotine replacement therapy (NRT) as a “medically approved” way to take nicotine by means other than tobacco, which makes total sense since the medical-industrial complex seems only to validate cures that involved paying for drugs, while completely ignoring genuinely lifesaving natural therapies.

Our society is corrupted to the core by the decadent capitalist system we live in. Common sense, logic, and true science often mean little in the wider scheme of things; money rules our world!

The truth is, aside from your friends and family, no one really cares if you live or die – as long as you pay your taxes, that is. This why I encourage everyone to self educate in order to make better decisions. Your elected politicians or the state don’t always have your best interests in heart.

This also explains why most people eat junk food cereals for breakfast (or otherwise known as “health food” by our corrupted food industry), instead of choosing the one truly real food: FRUIT!

Do you ever see adverts on TV encouraging you to eat oranges or apples? I bet you don’t! But I bet you DO SEE tons of ads promoting processed food; this is because processed food makes money for industries, and raw food doesn’t.

It’s IMPOSSIBLE to understand health and nutrition without digging deep into the world of politics, economics, lobbying, and propaganda. Noam Chomsky wrote a great book on the subject: “Manufacturing Consent”, which I highly recommend.

After reading all of Allen Carr’s books, and fully understanding the concept behind nicotine addiction, which was incredibly helpful, I still couldn’t quit smoking. I even used the drug “Champix” out of desperation for a while, which is supposed to contain nicotine cravings; but even this didn’t work.

After so many unsuccessful attempts, I felt hopeless. I thought that’s it, this will be the disease that kills me… It’s been so tough for me dealing with this addiction that I can only compare this pain to having to cope with the death my father a few years earlier.

Different people use different methods to quit smoking, my mother applied her religious faith, my brother quit cold turkey after witnessing someone he knew dying young from this disease; while others use various other methods.

My opinion is: as long as you quit smoking permanently, and you don’t add weight as a result, or become addicted to other substances, whatever path you use is fine.

In my case, it was my new found diet and philosophy that really helped me. I often regard the raw food diet and Natural Hygiene as the greatest thing to ever happen to me… It saved my life in so many ways.

Studies have shown that smokers tend to eat less produce on a daily basis than those who don’t smoke. [1]

When the researchers analyzed 1,000 smokers, they found that those who ate the most fruits and vegetables were three times more likely to stay smoke-free for at least 30 days compared with those who didn’t. One reason? Earlier research indicates that eating produce worsens the taste of cigarettes.

As soon as I put the raw food diet onto practice, following advice from the greatest minds of the raw food movement: Herbert M Shelton, T C Fry, Keki Sidwha, and others, suddenly, the taste of cigarettes became repugnant; my body started rejecting the toxins in a way that was so strong that quitting smoking became almost straight forward.

Eating the wrong food is often the root cause of addictions.

The raw food diet (high in fruit) is one the best antidotes to addiction because it gives your body the nutrients and vitality it needs to fight off drug dependency.

When you stop stuffing yourself with processed and refined foods (remember that all cooked food is, in essence, processed food), your body becomes your ally in helping you quit the drugs; it does most of the work for you.

Comfort foods (pasta, breads, cookies, standard ice creams, etc.) are just another type of addiction and the consumption of these foods draws you further down the spiral trap. No wonder you need to take drugs (coffee, alcohol, etc.) to lift you back up after eating such foods.

It’s been 13 years since I quit smoking and I didn’t get fat, or addicted to other drugs; proving there is not such a thing as having an “addictive personality”; a fallacy so revered by the 12 steps program and other support groups.

I repeat, the problem is the drug, not the addict. When you stop using the drug (whether it is nicotine, cocaine, or junk food) the addiction stops. The truth is addiction is merely an advanced stage of the same intoxication process.

The important benefit of adopting the correct raw food approach is that it will help you quit smoking, alcohol, and other drugs without putting on weight as a result, which, in turn, means potentially avoiding deadly diseases.

I know many people – some of them famous, who quit smoking and other drugs using the 12 steps program and other methods, only to get very fat, and find out they developed cancer, heart disease, or some other life-threatening illnesses as a result.

I am sorry, but if this ought to be my outcome too; I’d rather carry on taking drugs and die from an overdose. I think it would be more fun.