I decided to take a few days off and travel to Buenos Aires last week. I wanted to see some friends and do some shopping; I wanted to share some of my experiences with you.

The first thing that struck me is how easy it has become to eat 100% raw when travelling on holiday in a big city these days; unlike even 5 years ago.

To give you an idea, my food consumption for the day started with breakfast at the hotel where I was staying, where I ate fruit salads and fresh orange or grapefruit juice, the latter, “Pomelo” as it is called in Spanish, is a wildly popular flavour in Argentina.

The hotel also served all sorts of grains for breakfast, such as croissants, pastries, breads, etc., which I obviously didn’t touch at all. Argentines are massively addicted to grains. 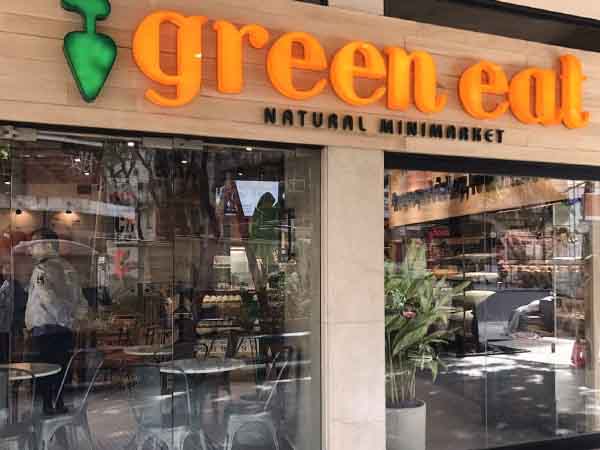 For the rest of the day, whenever I felt like grabbing a bite to eat in downtown Buenos Aires, I would stop at a chain restaurant called Green Eat. These restaurants cleverly advertise themselves as the “fast food of health food”. On their menus, they serve various types of vegan, raw vegan, and vegetarian meals.

The good thing about this restaurant chain is that they take the preparation of their food seriously. All smoothies and raw dishes are made with 100% fresh fruit and vegetables.

It has not been uncommon for me to visit various bars or restaurants and order fresh fruit juices, only to find that they mix it with juice concentrate, water, or something else – as if a raw foodist couldn’t tell the difference. This always made me so angry that I often refused to eat when I am out and simply order a black coffee.

Most days during my trip, I had a raw vegan coconut yoghurt, with blueberries and raspberries, mixed with nuts and fresh bananas that they made at Green Eat, that tasted absolutely delicious! I often had it with pomelo juice. These meals were incredibly satisfying and light at the same time. I felt like could run a marathon afterwards, which is helpful when you are sightseeing and don’t want to feel full and heavy. 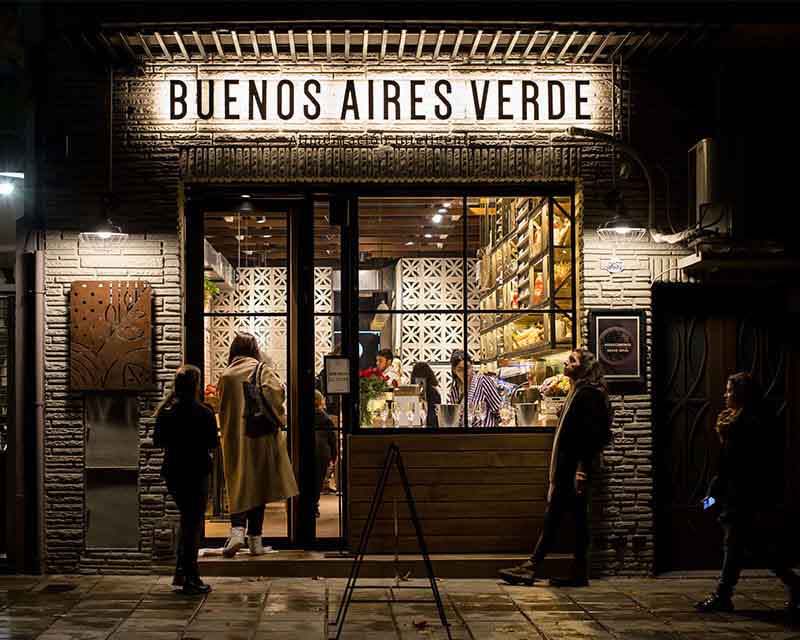 Dinners in Buenos Aires are straight forward, because I always eat at my favourite restaurant: Buenos Aires Verde. This is a raw vegan restaurant located in the Palermo Hollywood area that I have been going to for over 10 years.

When this restaurant first opened, it looked a bit like a boutique/restaurant/hippie shop selling raw vegan food and other healthy products; but since then, it has become a full-fledged restaurant with a great design.

What I like about this restaurant, which is also important, is the fact that they minimise the use of oils in their dishes, which is something of a rarity. Obviously, we are not yet at the point where we can find totally oil-free raw vegan restaurants, but I have the impression that more informed and open-minded restaurant owners are moving in that direction. 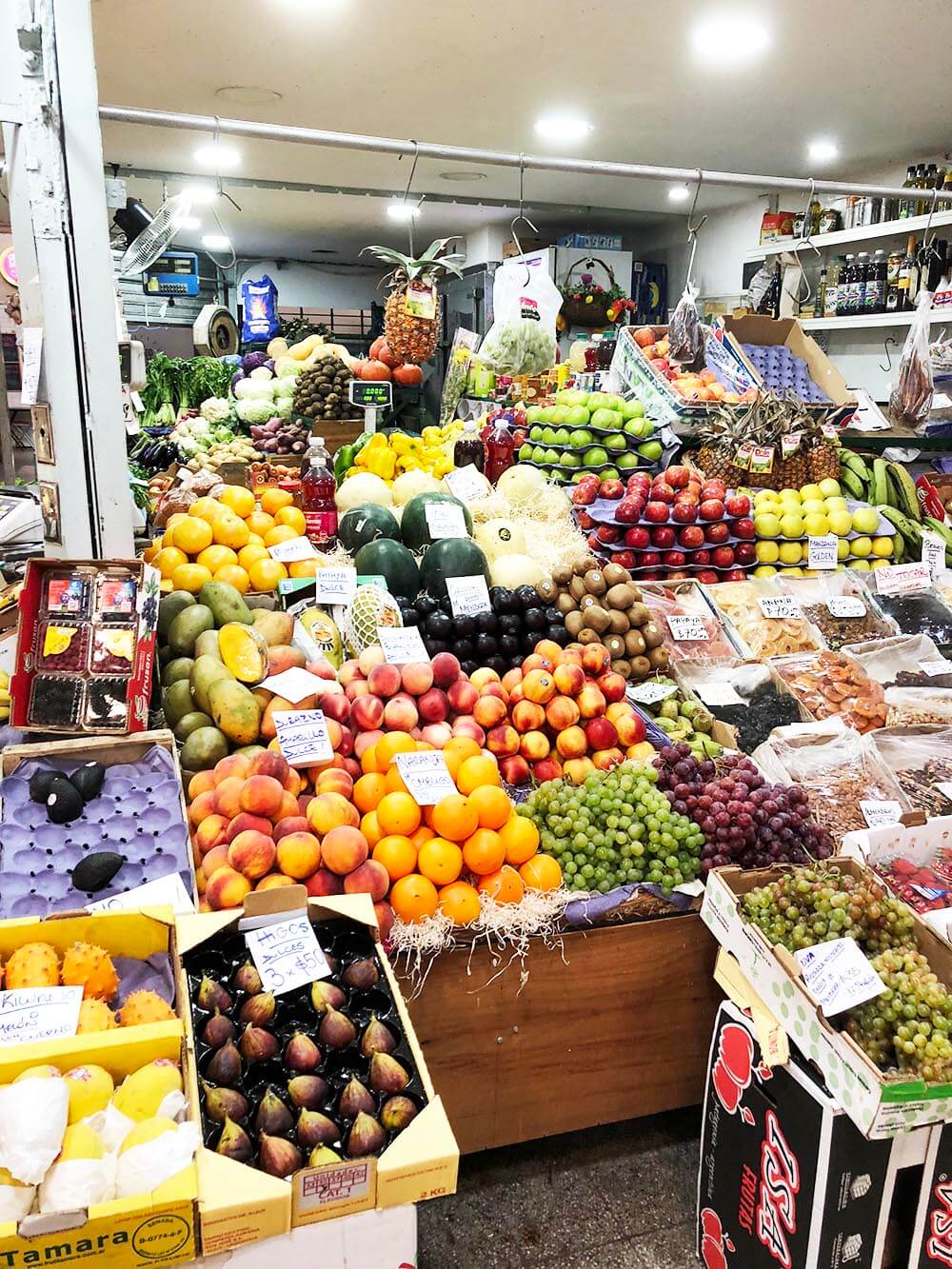 In addition to eating in restaurants, Buenos Aires has a large number of greengrocers (verdulaerias) scattered throughout the city, where you can buy fresh fruit and vegetables to take away, and due to Argentina’s proximity to Brazil and the rest of South America, you can also find good quality and affordable tropical fruit.

Aside of eating, it was wonderful to catch up with friends I haven’t seen in a while due to the pandemic, and they were all impressed by “how well I looked”.

Why am I writing this? Because although we are going through a Covid pandemic, there is an even worse crisis that is killing many more people, and that is the obesity epidemic.

Bad food habits are killing so many people. Some of my friends have suffered strokes, other went through multiple bypass operations, diabetes, cancers, you name it; and many of them are younger than me.

None of my friends need to be convinced of my diet because they can see the proof on my face. I am a 54 year old man with facial skin that looks like that of a healthy man in his 20’s. I don’t have a speck of extra fat on my face and my skin is firm, which is not only healthy, but makes me look much younger. That’s part of the magic of raw food.

Naturally, as I write this, I am also helping several of the friends I saw on my trip start adjusting their diets; so they too can stop being sick and benefit from eating what is probably the healthiest and most delicious diet in the world! 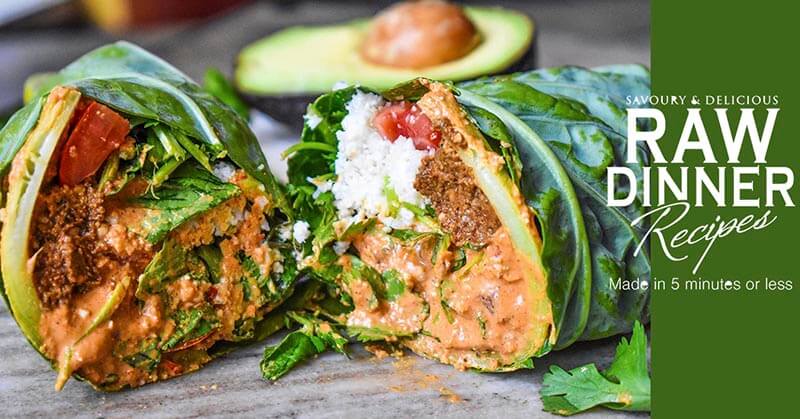