Last week, Argentina’s Casa Rosada (the equivalent of the White House in the United States) announced its promise to serve strictly vegan food on Mondays to its 554 employees – including President Mauricio Macri.

It’s believed the measure was taken to send a message to the wider nation and beyond about the health benefits of a plant based diet and protection of the environment by reducing the impact of animal agriculture.

“The only thing that will defend us from an unhealthy diet will be behavioural changes in the way we eat,” says Secretary General Fernando de Andreis. “The purpose is to trigger a conversation about our food, our health, and begin to change our diet.”

The move could be seen as highly revolutionary in such a traditionally meat-centric country. 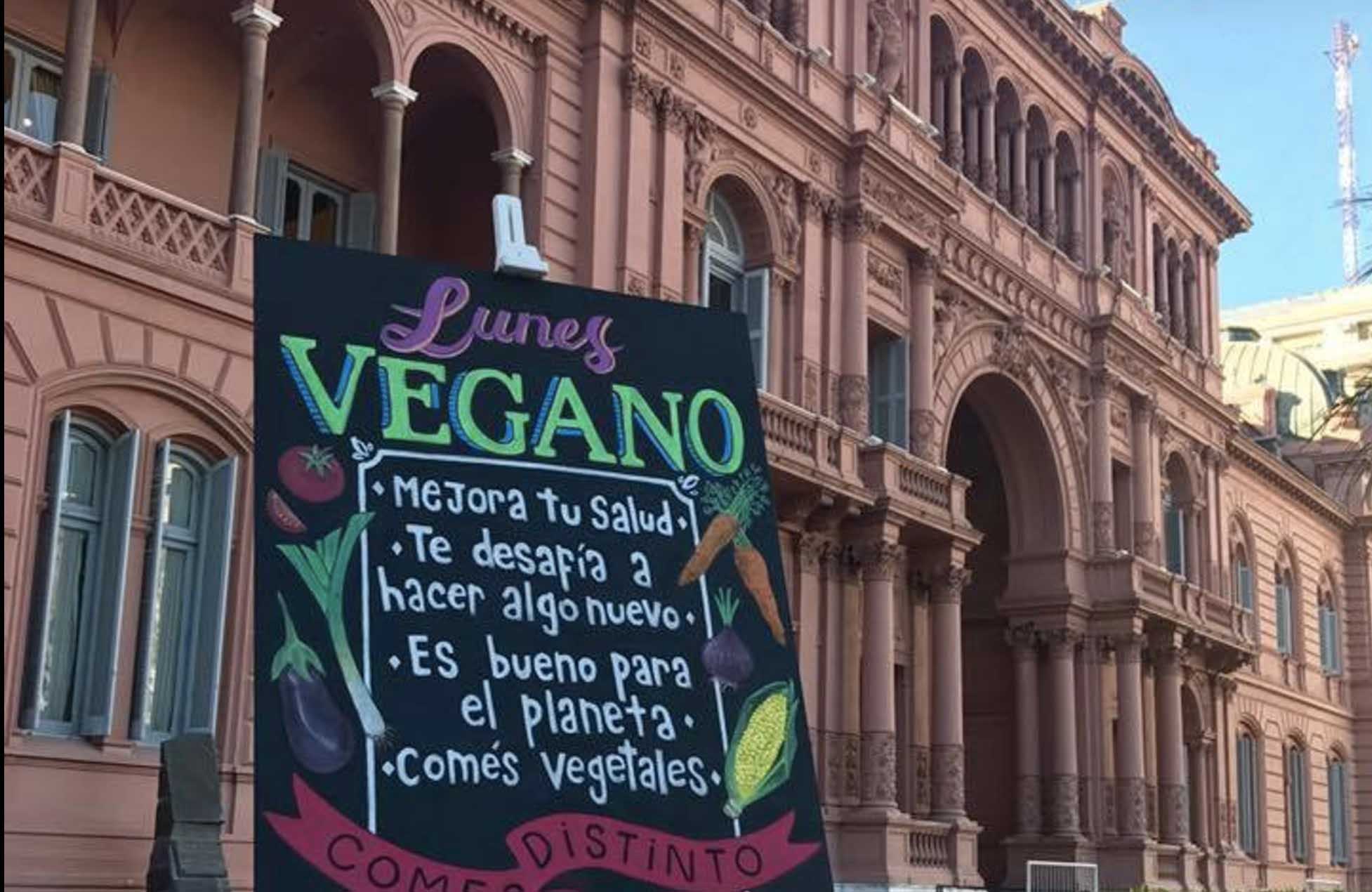 A sign outside the Casa Rosada emphases the positive vegan message. It translates to: “Improve your health. Challenge yourself to try something new. Eating vegetables is good for the planet.”

Also recently, former president, Barack Obama, discussed climate change and its link to animal agriculture. During his speech at the Seed & Chips Global Food Innovation Summit, last May, he urged the public to consume less meat.

I believe these are all steps in the right direction, which not only would improve people’s perception of the dangers of including animal products in our diets, but also potentially spares countless animals a lifetime of misery at factory farms.

We must all do our part to create a more sustainable and compassionate world by switching to a plant based diet.