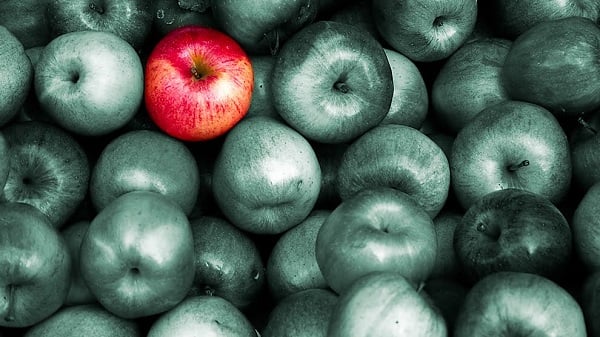 Are You Following Bad Nutrition Advice?

I was having a chat with a friend of mine in London a few months ago. He told me he eats the skin of kiwis – as well as the inside of the fruit because apparently; he read on a website that the skin of kiwis has a lot of nutritional value.

And some of it is true, if you check the internet, you will find dozens, if not hundreds, of websites explaining how kiwi skin is a good source of fiber, vitamin E, folate, etc. Eating the skin increases the amount of these nutrients you get by 30% to 50%, they say.

Wow, it seems that many “nutrition facts” websites boast about the supposed benefits of eating kiwi skin, but very few websites tell you another truth: Our human body cannot fully digest the thick skin of fruits. So, what is the point of talking about the benefits of a supposed food that our bodies cannot absorb and utilize properly?

You see, this is the problem with the mainstream nutrition advice – and not so mainstream like many plant based, vegan, and nutrition facts websites – they are obsessed by nutrition data while failing to understand the body and health as a whole.

And those flaws in the system do not stop with nutrition information. It’s the same fragmented approach employed by the medical profession, always looking for “cures” for diseases and treating symptoms with deadly, and toxics drugs without addressing the root cause of illness: diet and lifestyle. Neither foods nor medicine cure; it’s our body that heals when given the proper conditions.

The reason many fruit skins do not taste nice is Mother Nature telling us we should not eat it. I mean, it’s amazing how brainwashed and plainly stupid (if you excuse the word) the majority of people in the western world have become that I have to be writing an article to explain something so simple, even a monkey understands it?

Consequently, have you noticed how wild animals NEVER GET FAT; only humans, and the animals we feed, i.e. dogs and cats, have weight issues. Furthermore, humans and the domestic animals we feed are the only species that dies mainly from disease, such as cancer, heart disease, diabetes, and a hundred others… Wild animals, by contrast, rarely die from disease, except when disease is caused by pollution instigated by human beings. They either die from starvation, accidents, or because they are killed by us or other creatures.

You will not get this information from your average dietician or doctor, because they have been educated and brainwashed by the big powers of the world that create the nutrition and medical courses, and whose main objective is to perpetuate the lies and deceits that drive people to consume ever more junk food, get sick, and take medication, which is where profits are. Healthy people don’t make money, only sick people do. I am not a conspiracy theorist by the way, I am a realist.

After all, there are thousands, if not millions, of “certified” dieticians and nutritionists around the world – which together with government policies have failed miserably (by their own admission) to educate and improve the health of the population, as the world experiences the worst obesity crisis in history. I love that word “certified” by the way; as if it really means anything. The only nutrition expert is Mother Nature and to understand her, you have to revert back to your instincts. Nutrition is not science!

The medical model of health and its obsession with treating with drugs to earn profit has failed humanity in a big way. Emergency medical care is valuable if you cut yourself, but injuries and accidents are not the dominant causes of death.

Cancer, heart disease, and stroke are the leading causes of death worldwide, and treating the “symptoms” with drugs is hardly the main solution, since symptoms are not the actual pathology (or damage); they are just markers showing that the pathology has developed.

If the oil warning light of your car flashes, do you solve the problem by removing the bulb? Of course you wouldn’t! Such an idea would not only be insane, but disastrous as it would make things worse; which is often what drugs do. It was Canadian physician, Sir William Osler, who famously said: ‘the person who takes medicine must recover twice, once from the disease, and once from the medicine.’

Look at my own personal story of transformation for inspiration. By the time I reached 37, my health literally collapsed. After 20 years of being a DJ and living on the fast lane, my body finally caught up with me. I was dealing with multiple drug addictions, heavy smoking, arteriosclerosis, severe gum infections, and a debilitating condition in my legs, which meant I couldn’t stand properly; this scared me.

The problems didn’t end there, I had horrendous lower back pain that affected my posture to the point I was stooped as I’d walk – and this pain and condition would go on for weeks on end. I had ear infections that would last months at the time and they were getting worse – which doesn’t help when you are a DJ and music producer.

I suffered from chronic depression – even though at times when nothing in my life seemed to be going wrong. I had not studied or done any health research at that point, but I instinctively knew that it had to be something chemical causing my depression.

I was also dealing with severe allergies that would have killed me had I not been careful. All too often I would get colds, headaches, athlete’s foot, and regular indigestion, which caused me bloat horrendously after eating.

I also started feeling dizzy and struggled with vertigo, especially when up at a height; and all these issues were happening to me in my early thirties.

I was getting fat – even though I was eating mostly vegan/ vegetarian, which goes to show how eating plant based does not automatically guarantee good health.

I was also bulimic, especially when eating after drinking. I would stuck my fingers down my throat and throw everything up, it was disgusting.

I was a miserable mess; my energy to go to the gym had run out and I needed to take up to 6 painkillers each morning just to get out of bed and feel “normal”.

My family was shocked to see the state I was in. Years later, my brother confessed that he was waiting for a call from London telling him his brother was dead. That’s how bad it got for me.

Now think about it, what would someone else have done in my situation in order to get better? See dozens of doctors? Therapists? Even going under the surgeon’s knife? Take pharmaceutical drugs for the rest of my life to deal with the symptoms I was suffering from without tackling the root cause of my illnesses? Attending 12 step recovery meetings that would go on for years on end with no guarantee that I will be successful in quitting my addictions or feel any better?

I tell you what, had I gone the medical route and listened to the so called “addiction experts”, my life would have been even more miserable than it was before, that’s only if I even survived at all.

In fact, I know many people in the music business that took that path and yes, “some” of them quit addiction, only to get fat as a result, and develop serious health conditions like cancer and diabetes. Yep, great… you quit cocaine only to end up really fat and with cancer. Well sorry, but that doesn’t sound like a reasonable outcome to me.

My help didn’t come in the form of medicine, 12 steps recovery programs, or pharmaceutical drugs. My help came from books (yep, reading hundreds of books). I was lucky to be exposed to a natural health philosophy that opened my eyes like no other discipline had before.

I was able to connect the dots and understand health and nutrition from a holistic perspective that made a profound impact not only on my well-being, but on the health of loved ones, such as my mother.

And the results were just as amazing! After taking a Natural Hygiene, raw food approach in only two months, I was able to lose 20 kilos (3.14 st /44 lb) and get rid of all the diseases I was suffering from, including beating depression and nicotine addiction!

In fact, I had been trying to quit smoking for 14 months; failing time and time again. Dealing with this addition was so tough for me I can only compare it with having to deal with my father’s death, only a few years back. I just couldn’t quit.

It was only after I changed my diet to raw foods that I was able to quit smoking for good and get rid of my depression, which indeed had something chemical causing it: food!

This is how powerful and effective implementing the correct raw food approach can be for your health and overall wellbeing!

Natural Hygiene is not a science without flaw however; this is mainly because it had originated 150 years ago and it hasn’t been properly looked up since. It is, nevertheless, the only discipline I ever found that closely mapped the human body and its relation with nature while presenting us with the most common sense approach.

When you follow a raw food, Natural Hygiene method, you succeed in creating health from a holistic perspective, meaning you fix all your health issues at once by tackling the root cause of illness, which is in direct contrast to what medicine does: trying to fix only symptoms.

This is the secret of how I healed myself of all my illnesses and addictions. It’s the same theory that explains, among other important health information, why wild animals are never overweight.

I’m aware that when it comes to the important issue of your own health, it is very difficult not to heed the advice of a so called “qualified” nutritionist or dietician, who believes he or she knows the human body.

But you should remember this quote by Allen Carr: “If a so-called expert – no matter how eminent – gives you advice that contradicts the advice of the intelligence that created us, it will also contradict your common sense, hence you should IGNORE IT.”