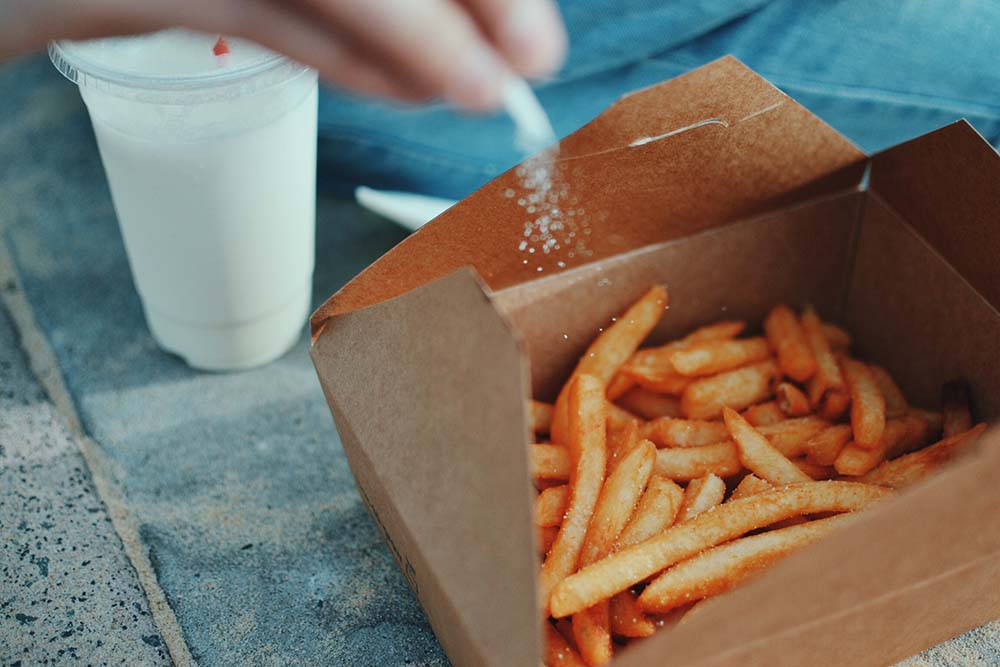 Why Vegans Get Heart Disease

A few weeks ago I’ve got a call from a friend that I haven’t spoken to in a while. He said to me, did you hear about Paul?

Paul is a good friend of ours, whom I have known for over 20 years; he has also been a vegan for almost that long.

“Paul is in intensive care at the hospital” my friend said, “He has just had a quintuple bypass operation”.

Whenever we saw Paul in recent months we noticed that his face was always swollen, which caught our attention. We jokingly thought he was having some Botox done; though the problem was obviously more serious.

Paul didn’t look fat from the outside and no one could tell he was unhealthy. He was known for eating lot of processed foods and not doing enough exercise, assuming because he was vegan, he was somehow safe.

Excess body fat causes a range of heart and blood vessel diseases; even if you are not obese or even overweight, you can still accumulate a lot of fat on the inside that could cause serious harm.

Multiple research have shown that the average vegan has a 25% reduced risk of getting heart disease, which is OK; but not anywhere near as good in my opinion. Wouldn’t you think so?

I want my diet to be as perfect as it possible can in order to avoid heart disease altogether; and even “reverse” the condition if necessary.

Is it possible to reverse heart disease? It turned out that YES, it is! Many interventional studies have been able to make arterial plaque disappear in people put on low fat, whole foods vegan diets.

For those of us working in the natural health field, this is no new. Many well-known nutritionists have written extensively on the health benefits of consuming a low fat, high carb vegan diet.

All of these professionals agree that approximately 10% of total calories from plant-based fat are moderate and more than adequate, and that health declines significantly on practically every level when fat consumption rises above the mid-teens.

Yet, most people in the western world eat FOUR TIMES that amount of fat.

You are probable thinking how does a vegan, or WFPB (Whole Food Plant Based) diet compare to the raw food diet in the context of heart disease.

It is very likely that within our lifetime we will never see studies done on people eating low fat, raw food diets and its effect on diseases; simply because healthy raw food diets are not commercially sound for our capitalist system. Who’s going to pay for such studies, MacDonald’s? Pepsi? Big Pharma? Governments? I don’t think so.

We do however have our own common sense and sciences such as Natural Hygiene that pointed us in the right direction. The great advantage of adopting a raw, or mostly raw, high fruit, plant based diet is that – since we eat a lot of our calories from fresh fruit and greens, this massively reduces the amount of fat and salt we consume, healthy heart resulting in a healthy heart, as well as avoiding many other diseases.

One of the main sources of harmful fat in vegan, and non-vegan diets is the constant use of oils (whether is olive, coconut, and other vegetable oils). We do not use oils in low fat raw food diets.

A study done by Dr. Robert Vogel at the University of Maryland and reported in the Journal of the American College of Cardiology found that olive oil (even when considered to be the “healthiest” of oils); reduces blood flow in arteries by 31 percent after consumption, which is rather shocking.

The study also found that olive oil injures the inner lining of the arteries (called endothelium). This damage causes inflammation, which leads to atherosclerosis.

There’s nothing wrong with fat; we’d die without it. But it’s critical that we eat it in the right amounts and in the right form.

All whole foods contain essential fats to a certain degree, and in the perfect omega 3/6 ratio. Additional fats should come from whole foods such as: fresh nuts, seeds, avocados, or young coconut flesh. Those foods, eaten sparingly, provide some useful nutrition and are not automatically detrimental to your health.

Using such integral sources of fat with their full complement of macro and micronutrients is, by far, the preferable method to using refined oils.

This article is not meant to stigmatize vegans because in reality, it doesn’t really matter whether you are a vegan, vegetarian, omnivore, raw vegan or whatever, if you eat lots of highly processed, fatty, unhealthy foods – whether these foods are raw, vegan or not; you will most likely be affected by heart disease at some point in your life, if something else doesn’t kill you before that is.

Heart disease is the #1 killer in the United States as well as in many other countries in the world, it is time we treat this disease with the seriousness it deserves.

Paul has survived his ordeal and he is making a steady, but slow recovery. His condition should be a reminder to us all of the dangers of not looking after one’s health in the proper manner, how cardiovascular disease can be such a treacherous killer, and the good news of how we can totally avoid, and even reverse this condition by improving our nutrition and keeping fit.