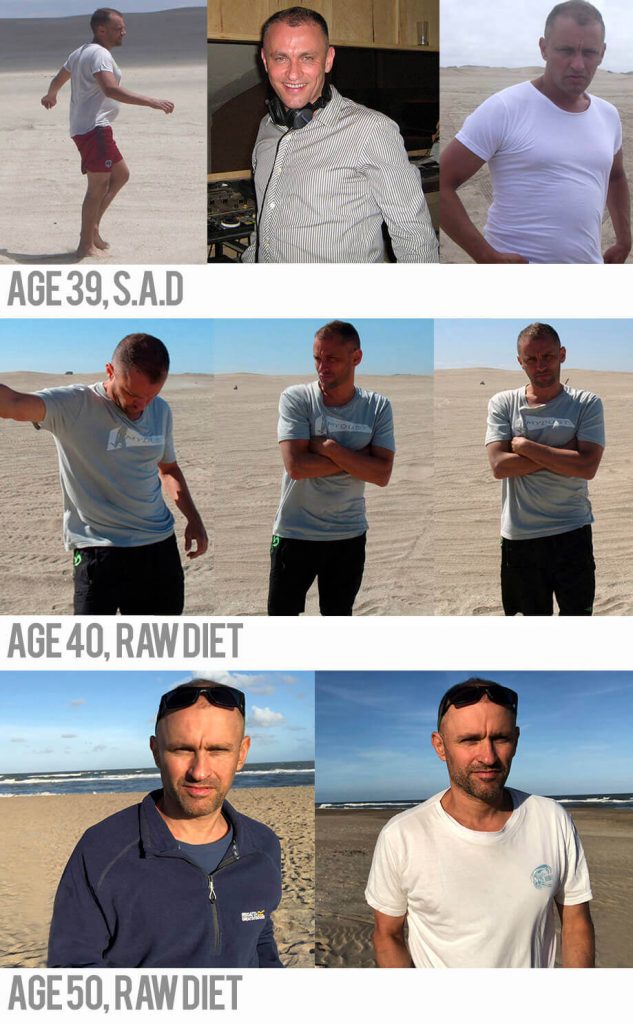 Is A Raw Vegan Diet Sustainable?

They say, “A picture is worth a thousand words,” so I thought I produce a collage of images, showing my transformation; before going into a raw food diet (age 39), a year later (age 40), and ten years later subsequently (age 50).

I believe it will only take a short few months for most people to get raw fit when you first begin– if you do it properly, that is and in line with the science of Orthopathy – which means among other things, eating a low fat diet.

By doing it correctly, I mean not trying eating 100% from the start, but instead focussing on removing the bad cooked food from your diet first.

This way, improvements made to your eating habits will be sustainable over time and you will not revert back to junk.

I think the secret to any raw transformation lies in the “know how.”

When you learn this approach, it’s important to pay attention to other aspects of healthy living in order to succeed including sleeping, food combining, understanding satiety, alkaline-acid balance, how the digestive system works, why exercise matters and how to go about it, the work of stimulants and the meaning of poisons, the medical model versus the health model, drug addiction, personality, and so on… It’s a long subject you can’t learn in a flash.

The question is: where do you go for sound nutrition advice when trying to learn about a raw food diet?

Doctors don’t study nutrition, let alone raw nutrition. If you are serious about your health and the food you consume, you need to do your own research, which is best done, in my opinion, by immersing yourself in literature.  Open minds are the products of open books, as they say!

I believe the search for “instant gratification” to be the greatest disease of our modern society.

In other words, most people like the idea of benefiting themselves by eating the right diet, but they are not prepared to put the effort and hard work necessary to learn it properly and instead use social media to educate themselves. If this is your path? You are doomed.

If it was that easy to learn natural health, why did I spent 6 years going to the British Library in London and studying from hundreds of books?

Called me old–fashioned, but I find it hysterical that people try learning anything coherent from Facebook, especially when it comes to something as serious and important as fixing one’s health.

Social media can be useful, such as finding the whereabouts of wholesale food markets in your area, but not to learn science from.

Without the solid foundation from having to study nutrition and natural health for many years, the picture of health transformation you see above would not have happened.

The good news is that the knowledge you gain by studying sciences, such as Orthopathy, will stay you forever. It’s one of those subjects that once learned, you will not “unlearn it.”

In my case, I had to deal with various other health conditions aside from nutrition that were crippling my body, such as having to quit smoking, dealing with heavy drugs, alcohol, and other debilitating illnesses, though I believe “wrong foods” to be the heaviest of drugs.

I believed there wasn’t a single institution or establishment in the entire world at the time that could had handle all my health conditions, hence I had no choice but to embark on my own research.

Maybe your situation isn’t as extreme as mine, but either way if you are really serious about making positive changes in your lifestyle that would LAST, I would advise you to read, study, and repeat.

Can a raw vegan diet be sustainable long term?

By looking at the above image the answer must be YES!

If I can keep eating a raw vegan diet for over 10 years, the chances are good, I should be able to do it all my life.

Do you really think I’d be back to eating cheese omelettes and French fries like before and looking as awful as I did at 39? I don’t think so.

I must admit it isn’t easy to stick to a raw food diet at times, while living in this sinister and extremely profit oriented society of ours, where too often finding common sense seems an impossible task.

They said 2017 was the year “vegan” went mainstream? A bit late, me thinks. This should have happened a hundred years ago.

I think there is a substantial difference between my approach and those of many people that embark on a raw food diet at a younger age..

I was VERY sick before I started eating this way, and I learned too well the vicious cycle of consuming the wrong food and disease, meaning the chances of me reverting back to S.A.D is almost none.

By the way, whether you decide to eat 100%, 80%, or 70% raw (as percentage of calories) you are still technically eating a raw food diet that needs to be mastered. 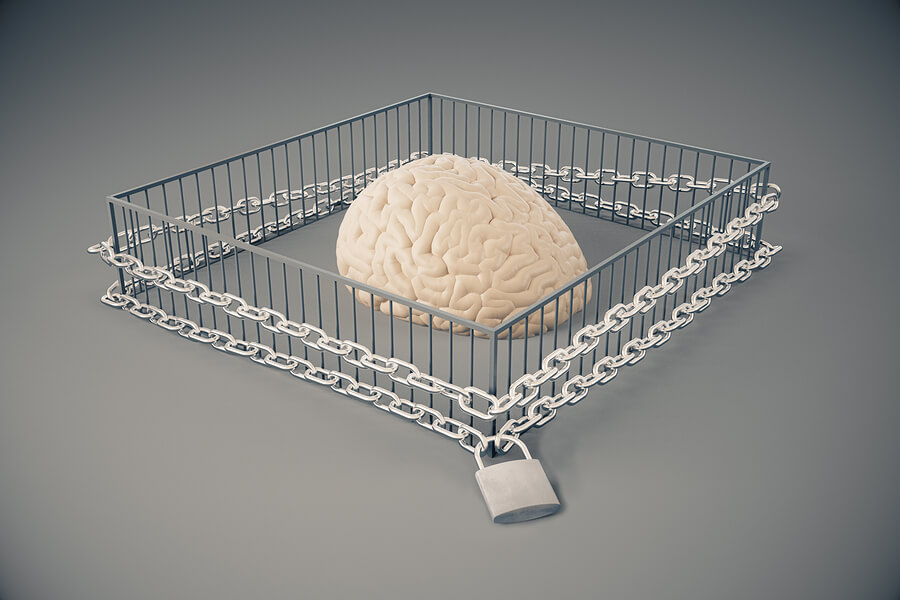 Since I launched my nutrition business, I have come to realise how narrow minded and misinformed most people are.

If someone doesn’t have the title “doctor” in front of their name, most won’t take their advice seriously. Had I had the same narrow-minded views, I’d probably be dead today.

Most of what I learned was through the understanding of natural laws, which requires critical thinking and being inquisitive; however, thinking is something a lot of people won’t/can’t do.

I blame it on our current educational system, which teaches people to conform, dumbing the general population to barely more than automatons and slaves to the system, without developing the free will to think for themselves or even “imagining” a better world.

Bear in mind that these same small-minded folks will be the first to put you down, or dampen whatever changes in diet you try, so they can keep you down in their sea of mediocrity. You need to be aware of and learn to ignore people who discourage you.

I’m reminded of the comments music and film executive David Geffen expressed in a documentary: “I’ve always thought that each person invented himself… for whatever reason, through whatever circumstance, through whatever he is gone through… that we are each a figment of our own imagination… And some people have a greater ability to imagine than others.”