Have you noticed when you search the cause of diseases on Google that almost every time you get the same answer from conventional medicine? They just don’t know.

“The cause of Alzheimer’s disease is poorly understood.”

“The exact cause of Crohn’s disease remains unknown. Previously, diet and stress were suspected, but now doctors know that these factors may aggravate, but don’t cause, Crohn’s disease.”

The cause of Parkinson’s disease is unknown, but several factors appear to play a role, including: your genes.”

Oh, yes of course, “inherited genes” they say. That’s one thing the medical establishment never fails to mention. Your disease is “genetic” they tell you. This has to be the most perfect scapegoat, because you cannot do anything about it, can you? Other than “obey” and taking the drugs they recommend, and which keeps their multi trillion business afloat.

Medicine and big pharma does seem to know how to treat every disease, but they cannot tell you what causes it. This has to be closest definition of “pseudoscience” that I can think of.

Do you really believe their nonsense? Do you really think that after all of humanity’s greatest achievements such as the development of the printing press, putting a man on the moon, bringing the internet to life, creation of wind and solar power, that we FAILED to find the cause of illnesses?

The truth is our predecessors already conceived a system of healthcare that works, and explain the cause of almost every disease, but their theories and practices have been suppressed for decades, even centuries, by the big powers, because their philosophies and solutions don’t favour big businesses.

It seems far more profitable to combat disease with useless drugs that merely suppress symptoms and do not cure, rather than invest on prevention and the health education that people desperately need.

Have you noticed why basic human health is never taught at schools? Most people die without knowing where the liver is and what the heart really does. It is scandalous if you think about it, but that’s the kind of society we live in.

Why aren’t enough funds directed to prevention of diseases through lifestyle changes instead of funding toxic drug treatments that hardly work, other than keeping people sick and hooked on drugs?

Why does medicine have a monopoly on health? When did this monopoly started? Who started it? Why doesn’t the public have the FREEDOM to choose for alternative drug-free treatments? I answer many of these questions with more detail in my book, Health For Life.

You may be surprised to know that money and power make the world go around, not common sense, or even science for that matter.

I Suffered From A Chronic Disease, Should I Go On A Raw Food Diet?

Do you know what the plant-based medical establishment think about the raw food diet? “There’s no good evidence that raw diets are superior to other whole foods, plant-based diets…” they say. [1]

Oh “evidence”. That is the word right? And what about instincts and common sense?

Just think about it: does a lion need evidence before he decides to eat meat? Or, was the lion already equipped by nature with the right instincts in order to be able to differentiate before food and poison?

And what about monkeys? Do they need to visit the website nutritionfacts.org so they can learn about nutrition before choosing their food? Or, does the monkey behave like every over creature on Earth, and choose the perfect food Mother Nature already designed for them: Raw Foods!

Why aren’t basics and fundamental human innate behaviours such as instinct ever mentioned or acknowledged by the medical science?

Do you understand why the medical approach to nutrition is often WRONG?

I so agree with Irish playwright and activist Bernard Shaw when he said: Common sense is instinct. Enough of it is genius. Maybe the world needs more poets and fewer scientists. That’s what I really think. 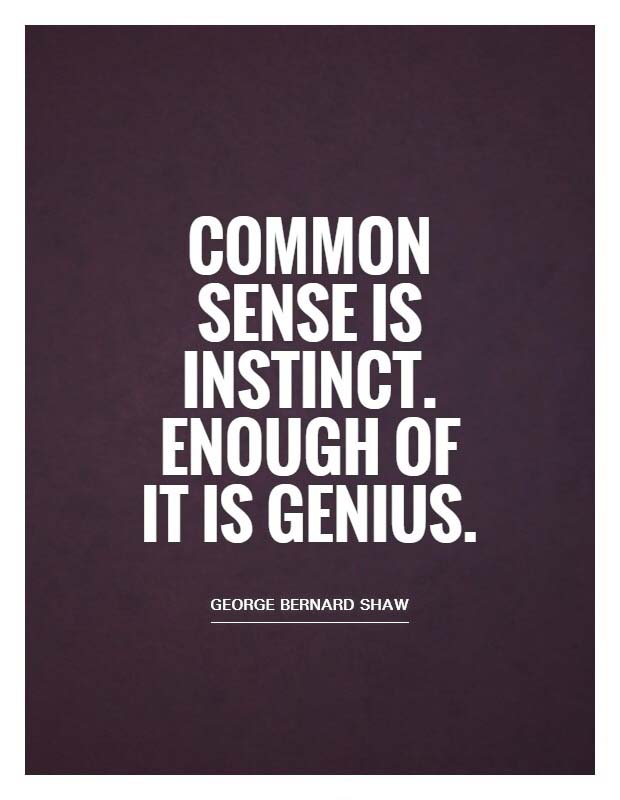 At 37, my health almost collapsed. Even getting out of bed was difficult because I had developed Peripheral Neuropathy and Arteriosclerosis, which made my legs so sensitive I could hardly stand.

Other diseases I suffered from included widespread joint and back pain, which meant I would walked hunched for days on end, I felt too embarrassed to go out on the streets even because of it.

I also suffered from gum disease mainly due to smoking, as two different dentists on two different continents told me. I looked for a second opinion before I attempted to quit, because I knew it would be difficult – and it bloody was! 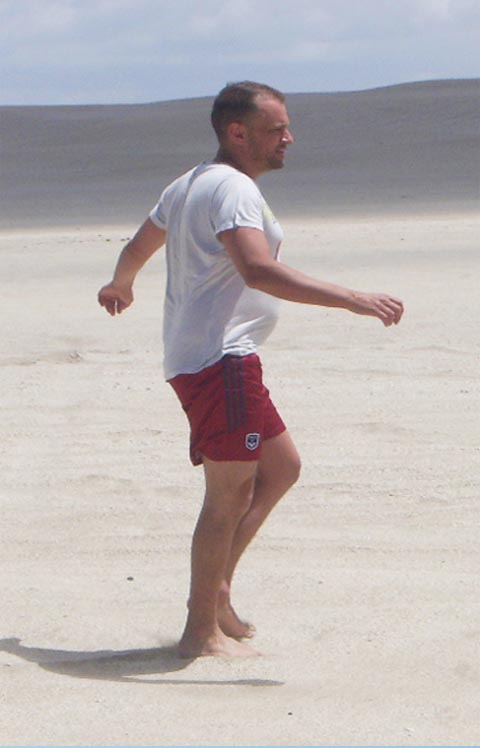 My digestion was a mess. I suffered from cramping, bloating, and overall gut dysfunction.

I was also experiencing various types of allergies and dizziness, especially when up at a height.

I suffered from chronic depression too for many years, even during times when I was very successful in my music career, which meant that it had to be something chemical causing my depression, and not emotional.

I consumed alcohol for several years, though I’ve never considered myself to be a heavy drinker; I drank maybe 6 to 12 units of alcohol a week?

I’ve taking recreational drugs too – as they call it, for a good part of two decades, mainly related to the DJ lifestyle, and for which I am not apologetic, but for my health’s sake, I needed to quit them too.

I know many people in the music business that have ended up in even worst states than they were while consuming recreational drugs because of the deadly prescriptions doctors have supplied them in order to fight addiction, as told by singer Stevie Nicks and others.

As someone dealing with all these health issues like I was, you would have agreed with me that, had I followed the standard medical treatments of drugs and possibly surgery, it would have taking me many years – if at all, to sort myself out; right?

The good news is that after following a simple raw food approach I managed to heal myself from ALL my illnesses in less than 3 months.

Let me clarify by saying that raw foods DO NOT heal; it is our bodies that heal. 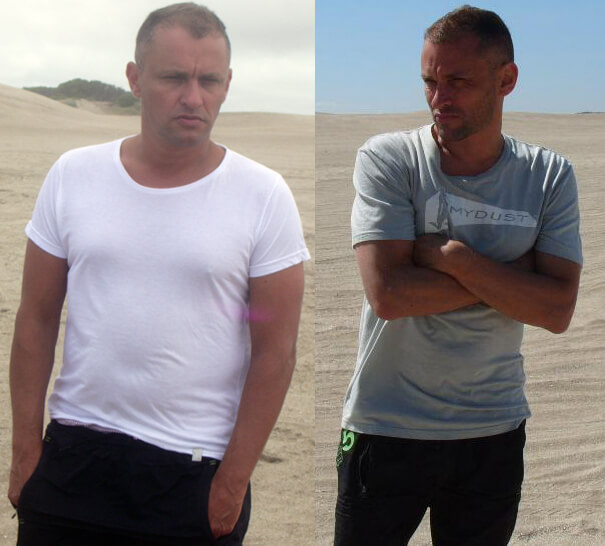 A “raw food approach” not only means implementing the correct transition to raw foods; but also removing the causes of diseases thus allowing the body to heal itself.

I also managed to quit smoking for good, something that seemed impossible after many unsuccessful attempts spanning 14 months.

It was so hard for me to quit cigarettes while eating cooked food that I can equal this pain to having to deal with the death of my father.

You are probably asking: why is a raw food diet better than WFPB (Whole Food, Plant-Based) in help quitting smoking? One of the reasons is because cooked food is comfort food; it sedates you.

A high fruit diet, by contrast, gives you TONS of energy and better hydration, which in turns helps your body reject toxins more efficiently, including nicotine.

It has been over 10 years since I stopped smoking; I never craved cigarettes in all these years. Studying psychology from Allen Carr has also helped.

My depression was gone for good too; and yes indeed, it was something chemical what was causing my depression: cooked food!

People often refer to my achievement as “anecdotal” because it’s not scientifically proven. Which in reality means, it’s not backed up by big pharma and its partners in crime: the medical establishment.

Well… you’d be surprised to know that medicine isn’t the only health science around. Medicine is not even healthcare, its disease care, which means the treatments of symptoms, but symptoms aren’t the disease, only manifestations of it.

In other words, practicing medicine is fighting fire by dissembling the smoke alarm.

By contrast, there are health sciences, such as Orthopathy (which I studied for years) and Naturopathy to name some, which deal with the cause of diseases instead of fighting symptoms, and which are much closer in line and facts to what biology teaches us.

This article is not aimed to bash the science of medicine or personally attack the medical profession. They do serve a purpose, but much less so, than choosing to live our lives according to our inherited body wisdom and instincts.

Ariel Belloso is an author and writer who transformed his health using the power of raw food. The former DJ and music producer’s life changed in 2001 when his mother was diagnosed with leukaemia. Already a keen student of nutrition, Ariel calculated that eating the correct raw diet could help his mother overcome her cancer. This became his motivation to learn more about natural health and the raw food lifestyle. Following her son's advice, not only did Ariel’s mother beat her cancer, she recently celebrated her 81st birthday! Using the knowledge gained from his years of ongoing study into natural health, Ariel has also managed to overcome some serious issues himself, as well as helping many others to regain their health and improve their quality of life. Ariel has written 4 books on the subject of natural health, nutrition and fitness.